A Legacy of Authenticity 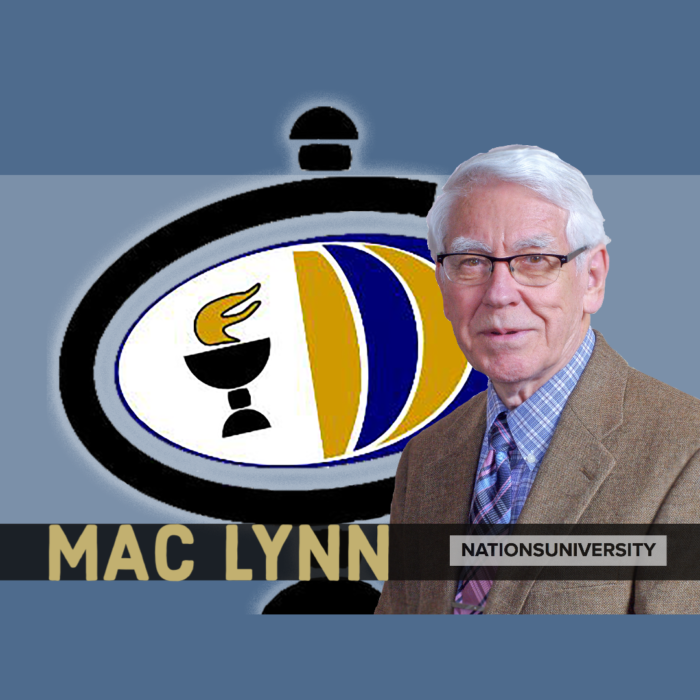 Mac Lynn was recently honored at the NationsU’s 25th Anniversary Celebration with the announcement of a Festschrift. A Festschrift is a collection of essays written by men and women influenced by the honoree’s lifetime of work or teaching. When the editorial team for this project began contacting Mac’s past students and associates, contributors began lining up to participate. Many of these writers are well-known authors, speakers, and missionaries. In all cases, they are men and women influenced by Mac’s dedication to the authentic presentation of biblical truth.

In a recent Facebook post by David Platt, a well-known author and speaker, Platt challenges the church to present the biblical gospel, not the American version of it. For those who know Mac Lynn, he has been making the same plea since he began teaching over 60 years ago! To honor that plea, the Festschrift will bear the title, Freeing Scripture from Modern Encumbrances.

The book will contain articles addressing the negative impact of approaches to Scripture that do not honor the inspired authors’ original intent and message. As the word “encumbrance” suggests, when inappropriate interpretations and expectations are placed on Scripture, the value, and effectiveness, of God’s Word is diminished. When the original and authentic message of Scripture is preached, souls will be saved and lives transformed.

The project is being coordinated by Dr. Philip Slate, himself a long-time friend of Mac Lynn and an original contributor to several courses at NationsU, Dr. John Baxter, NationsU’s new President and C.E.O., and Dr. David Srygley, the Chief Academic Officer. Contributors include a wide range of scholars, including Randy Harris, John Willis, Harold Shank, Evertt Huffard, and many more. The enthusiasm of the many contributors to honor Mac Lynn and share how he has influenced their lives and scholarship emphasizes Mac’s influence throughout the church and throughout academia. We can only hope that his legacy of authenticity will continue to guide the church and its academic institutions, as it has NationsU for the last 25 years, for many years to come.