Does God Exist? How Can I Help Others Believe In Him In a Time of Doubt?

NationsU students and alumni interested in Christian apologetics are encouraged to explore the work of John N. Clayton.  Apologetics is the study and practice of presenting the reasonableness and truth of God’s existence and the Christian faith.  John’s journey toward belief began during his university experience as an atheist.

Over several years, his questions of other atheists and his own thought process and study led him to become a devout believer in the God who created the universe.  He has spent his lifetime helping others understand that belief in God is credible based on sound reasoning and principles of scientific and academic study.

Visit John’s website for links to materials he has developed and compiled: DOES GOD EXIST

If you are interested in a more serious and rigorous exploration of apologetics, consider taking his free intermediate Online Christian Evidence Course.  The thirteen modules in this course and its supplemental materials offer a good foundation in Christian apologetics:  (Students should note that this non-accredited course does not earn course credit hours or lead toward a degree.)

WHO IS JOHN CLAYTON? 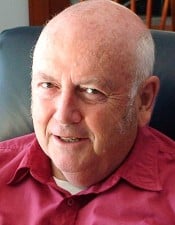 A devout atheist until his early twenties, Clayton was part of the same organized atheist group that made Madeline Murray O’Hair famous. He decided to write a book called All the Stupidity of the Bible, but instead found himself slowly becoming convinced about Christianity. Today, he travels the U.S. giving some 40 lectures per year on the subject “Does God Exist?”

01-Does God Exist? - Introduction from PowerVine on Vimeo.