Move Toward the Enemy 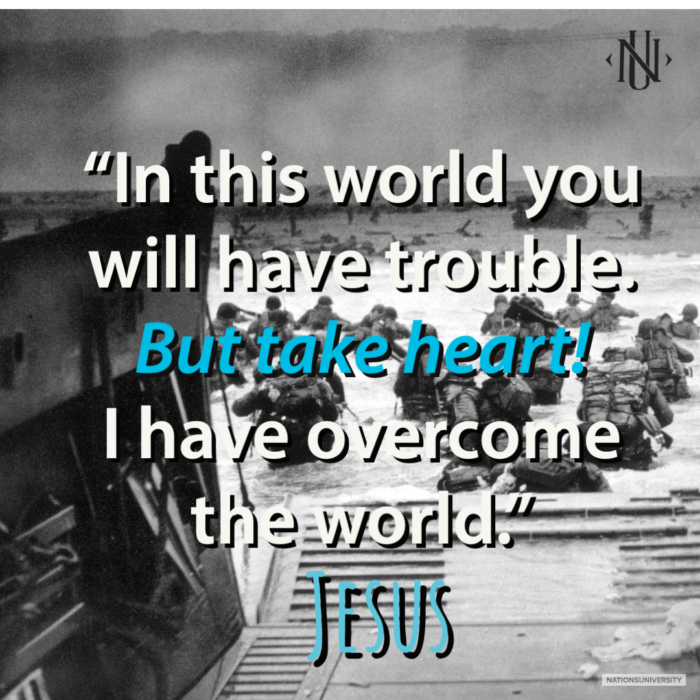 Move Toward the Enemy: Fighting for Truth in Science!

Honor to the soldier and sailor everywhere, who bravely bears his country’s cause. Honor, also, to the citizen who cares for his brother in the field and serves, as he best can, the same cause.
— Abraham Lincoln

We celebrate Veterans Day on the anniversary of the armistice that ended World War I, an armistice that began on the 11th hour of the 11th day of the 11th month. The “war to end all wars” was over, but wars have not ended. Since that day over a century ago, United States soldiers, sailors, airmen, and marines have answered the call to service time and time again in World War II, Korea, Vietnam, the Persian Gulf, Afghanistan, Iraq, and elsewhere.

Unfortunately, physical war is a manifestation of the fallen human condition enabled by spiritual warfare, since “we do not wrestle against flesh and blood, but against principalities, against powers, against the rulers of the darkness of this age, against spiritual hosts of wickedness in the heavenly places” (Ephesians 6:12). While physical wars come and go, the spiritual war for our minds rages perpetually.

On June 6, 1944, Operation Overlord (commonly referred to as D-Day), the largest seaborne invasion in history, was launched as Allied forces landed on Normandy beach and confronted the, until then, impenetrable German military. In that moment, the only way to survive, obtain a foothold for succeeding forces, and win the war was to—contrary to intuition—move toward the enemy.

Uniquely in the Bible, warfare can be viewed in the context of the spiritual realm. It stems from Genesis 3:15, where God initially declares war on Satan, and is perpetuated by Satan’s tactic of deception. As clearly expressed throughout the Bible, deception is a primary tool of the adversary in our spiritual warfare.

One such facade for deception in modern society is “science.” Scientific and technological advances appear to break impossible barriers, be the sole purveyors of truth, and captivate the intellect of society. Science, in a human-centered worldview, deceptively finds itself depicted as the sole basis and definer of truth rather than as a tool to pursue truth.

This approach is inadequate. At any given moment in history, contemporary scientific thought or discovery is seen as truth, yet science is ever-changing. What is considered scientific fact now may not have been considered so a decade ago. Science must always be approached humbly, especially regarding its limitations.

For example, it cannot rule on the truth of worldviews or claims to exceptions to natural laws. According to the scientific method, all of science’s conclusions are largely opinions (some more validated than others) that are open to possible future revision.

While engaging in science within its empirically defined framework is a noble pursuit, since it advances knowledge and further reveals the creation when science becomes “truth” in and of itself, deception emanates, and concepts like evolution emerge and propagate.[1]In this context, the terms “science” and “scientific method” refer to empirical science as opposed to forensic science. See Johnson, J. J. S. 2012. Genesis Critics Flunk Forensic Science 101. … Continue reading

Contrary to the conclusions of secular science, evidence of design is continuously presenting itself. Unfiltered recent discoveries in astrophysics, quantum physics, geology, biology, botany, and chemistry point ever more clearly toward a designer. A human-centered secular viewpoint deceptively concludes otherwise, yet it takes little rational thought to infer that our existence is a product of design rather than chance or evolution.[2]In fact, Romans 1:20 clearly states that a failure to recognize that creation proves God’s Creatorship is an inexcusable failure. As Hebrews 3:4 states, “For every house is built by someone. but He who built all things is God.”

As Christians, we must understand that we are engaged in spiritual warfare merely by virtue of being in Christ. To meaningfully participate in this fight like the heroic soldiers did on D-Day, we must “move toward the enemy.” In a spiritual context, this means championing true, unbiased science. This entails holding and defending the inerrancy of the biblical text. Last, and most important, this means “not [being] ashamed of the gospel of Christ, for it is the power of God to salvation for everyone who believes” (Romans 1:16).

War has been declared, and we are engaged in pitched battle, we move toward the enemy. However, unlike in human wars, the ultimate victor is known. Let us all join in the fight, move toward the enemy, and, ultimately, stand for truth. As Jesus encourages us, “And you shall know the truth, and the truth shall make you free” (John 8:32).