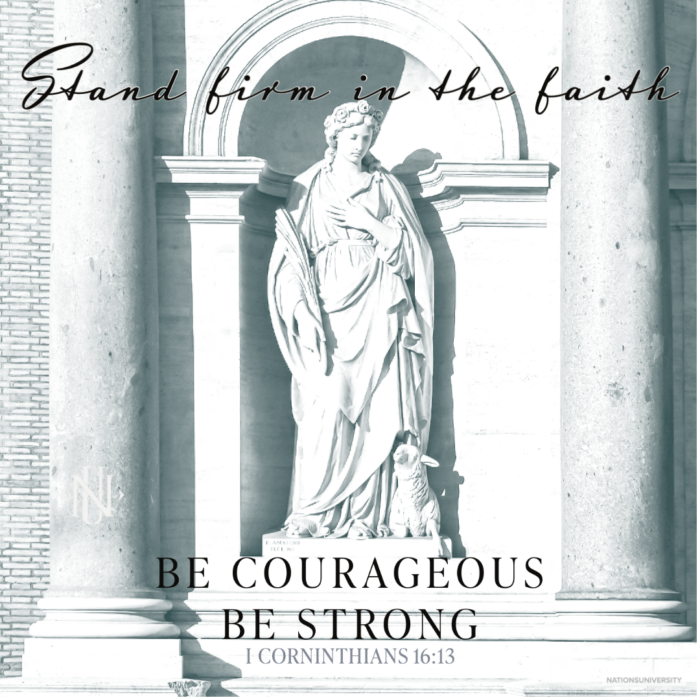 Legend says that Agnes of Rome was a beautiful young girl of Roman nobility who lived at the turn of the fourth century. During a period of intense persecution of Christians, she chose to remain a virgin and devote herself totally to God.

One of her many suitors turned her in as a Christian. She held to her spiritual commitment and, like many others at that time, was beheaded around the age of 12. Agnes of Rome is remembered as a Christian martyr. (An early account of Agnes’ gruesome death, stressing her young age, steadfastness, and virginity, was given at the end of the fourth century by Ambrose, who has been identified by Western Christianity as one of its four traditional Doctors of the Church.)

So, what does Agnes of Rome have to do with us in the 22nd century? I am struck that Agnes never accomplished what a young woman of her stature could have done. She never studied under a talented tutor, never married and raised children, never made a lot of money, or became known in a recognized profession. But she DID achieve the most important thing. She maintained her deep commitment to and relationship with God.

Indeed, it is wonderful that we of our age have the opportunities that have been made possible by technology and the advances of civilization. However, even if we are successful by all the world’s standards but fail in the most important thing, then we will have failed in what Agnes succeeded in achieving.

As we continue to pursue our lives on earth, let us commit to first pursuing the most important thing. Then, the rest will all fall in place.