The Father of Oceanography 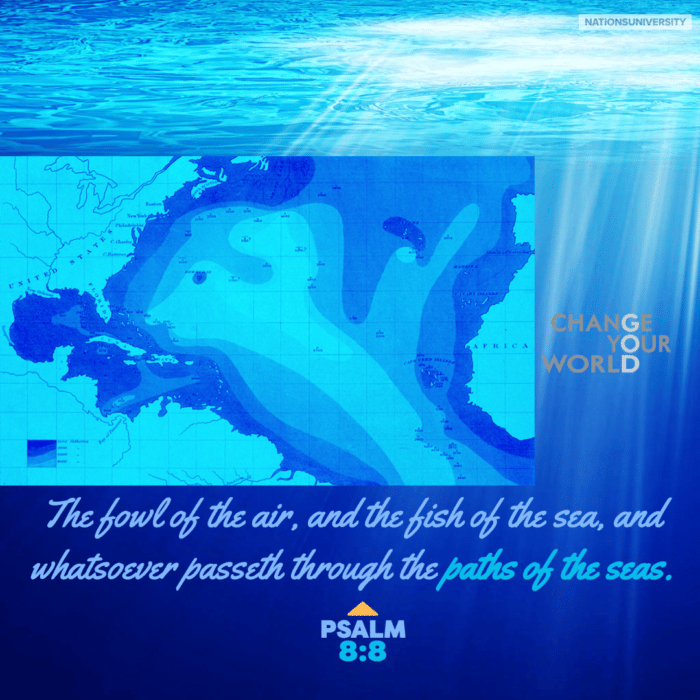 In the heart of the Shenandoah Valley in the Commonwealth of Virginia resides a small school with a unique history—the Virginia Military Institute (VMI). One distinctive aspect of the school is the enduring legacy left by a former faculty member. During cadets’ tenure at VMI, they frequently pass the former quarters of Matthew Fontaine Maury, see his statue, occupy Maury-Brooke Hall for science classes, swim in the Maury River, and observe the designation “Pathfinder of the Seas” on the several plaques dedicated to him on the VMI campus.

Maury joined the VMI faculty in 1868 as a professor of physics after an internationally acclaimed career as an oceanographer, astronomer, historian, meteorologist, cartographer, geologist, writer, and commander in the United States Navy. Accordingly, he is affectionately remembered as the Pathfinder of the Seas, Father of Modern Oceanography and Naval Meteorology, and Scientist of the Seas. Maury not only enjoyed an illustrious career as a naval officer, scientist, and professor, he also was an uncompromising Christian and fervent believer in the truths of Scripture.

In 1825 at age 19, Maury joined the U.S. Navy as a midshipman on board the wooden-hulled, three-masted frigate USS Brandywine. Almost immediately, he began studying the seas and documenting methods of navigation. After a leg injury left him unfit for sea duty, Maury dedicated his full attention to the study of meteorology, navigation, currents, and winds.

Due to his diligence and findings, in 1842 he was appointed Superintendent of the Depot of Charts and Instruments, out of which grew the U.S. Naval Observatory and Hydrographic Office. Here, Maury studied thousands of ships’ logs and charts. To gather information on maritime winds and currents, Maury distributed to ship captains specially prepared logbooks from which he compiled pilot charts.

In 1848, he published the Wind and Current Chart of the North Atlantic, which showed sailors how to use the ocean’s currents and winds to their advantage and thus drastically reduced the length of ocean voyages. Maury’s uniform system of recording oceanographic data was adopted by navies and merchant marines around the world and was used to develop charts for all the major trade routes. 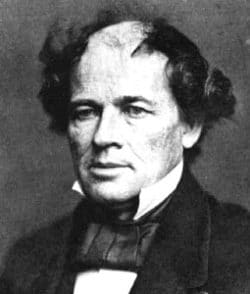 Maury was ultimately able to produce charts of the Atlantic, Pacific, and Indian Oceans, and profile the Atlantic seabed. He also wrote directions to accompany his charts, and he combined these with other observations about the ocean to produce The Physical Geography of the Sea and Its Meteorology, which was first published in 1855. This was an immensely popular book and marked the beginning of the science of oceanography.[1]Grady, J. 2015. Matthew Fontaine Maury, Father of Oceanography: A Biography, 1806-1873. Jefferson, NC: McFarland & Company, Inc. See also Major, T. 1995. Honor to Whom Honor…Matthew Fontaine … Continue reading As a result, Maury is internationally recognized as the Father of Oceanography, and Maury Hall at the U.S. Naval Academy and Maury-Brooke Hall at VMI, in addition to other monuments and commemorations, are named in his honor.[2]Johnson, J. J. S. 2020. Matthew Maury’s Paths of the Sea. Acts & Facts. 49 (9): 21.

Prior to these great accomplishments, Maury, a devout Christian and avid Bible student, was struck by the reference in Psalm 8:8 to “the paths of the seas.” As a result, throughout his career he had a passionate desire to find the paths of the sea the psalmist spoke of. And ultimately, he found them.

Amid his successes, Maury never forgot his belief in Scripture. Physical Geography is filled with references to the Bible, and Maury could not help but be fascinated by passages that mention the sea, such as Psalm 8:8, Isaiah 43:16, Psalm 107:23-24, and Ecclesiastes 1:7..[3]Grady, J. 2015. Matthew Fontaine Maury, Father of Oceanography: A Biography, 1806-1873. Jefferson, NC: McFarland & Company, Inc. See also Major, T. 1995. Honor to Whom Honor…Matthew Fontaine … Continue reading,[4]Johnson, J. J. S. 2020. Matthew Maury’s Paths of the Sea. Acts & Facts. 49 (9): 21. Maury contended that whoever studies the sea “must look upon it as a part of that exquisite machinery by which the harmonies of nature are preserved, and then will begin to perceive the developments of order and the evidences of design.”[5]Maury, M. F. 1859. The Physical Geography of the Sea, 6th ed. New York: Harper & Brothers, 57.

When Maury observed and studied the oceans, he saw an intelligent design, the work of the Creator God whom he confidently believed had set “bars and doors to stay its proud waves; and who gave the sea His decree that its waters should not pass His command. He laid the foundations of the world so fast they should not be moved forever.”

The Authority of the Bible

As a testament to his convictions on creationism, 13 years before he died Maury delivered the following remark in a speech that fittingly embraced the whole of his professional Christian and scientific life and capped the career of one of the most outstanding creation scientists of the 19th century.

I have been blamed by men of science, both in this country and in England, for quoting the Bible in confirmation of the doctrines of physical geography. The Bible, they say, was not written for scientific purposes, and is therefore of no authority in matters of science. I beg pardon! The Bible is authority for everything it touches. What would you think of the historian who should refuse to consult the historical records of the Bible, because the Bible was not written for the purposes of history? The Bible is true and science is true, and therefore each, if truly read, but proves the truth of the other.[6]Lewis, C. L. 1927. Matthew Fontaine Maury: The Pathfinder of the Seas. Annapolis, MD: United States Naval Institute (1969 reprint by AMS Press, New York), 99.