The Role and Realm of Science 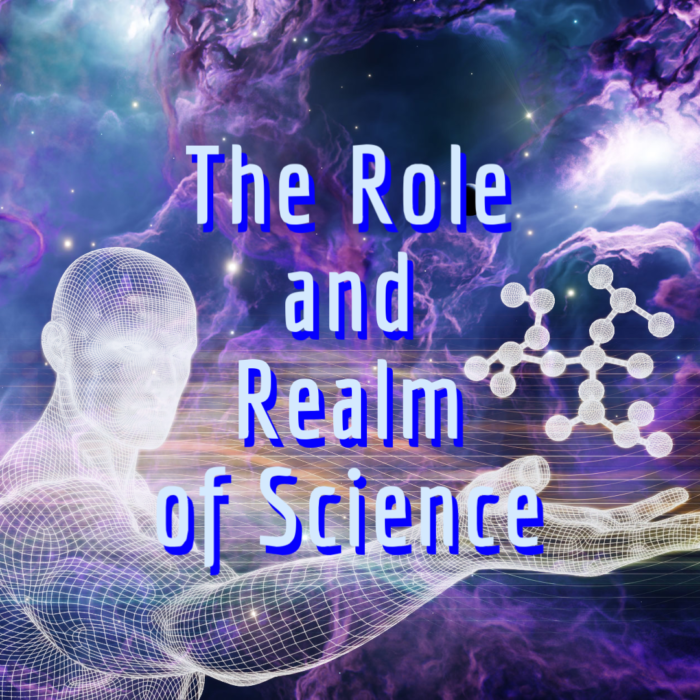 What is the role and realm of science? In society today, “science” often takes center stage as a significant influencer on policy decisions and public opinion. Climate change, pandemic response, and people’s conception of their “gender,” among other topics, have gripped society to varying degrees, and science is a significant stakeholder in these matters.

Presently, popular science and vocal scientists can yield much influence on a catalog of matters. Oftentimes, it would seem, society uncritically submits to the latest trends in science and nonchalantly accommodates current scientific thought by accepting much of what scientists say, even if it is simply a hypothesis yet unconfirmed. While the pursuit of science is certainly noble, it should be situated in its proper context and tackle matters within its empirically defined framework.

So, what is science? Per the Oxford English Dictionary, science is “the intellectual and practical activity embracing the systematic study of the structure and behavior of the physical and natural world through both experiment and observation.”[1]Oxford English Dictionary, 2nd ed., s.v. “science.” In other words, it is the logical assembly of experimentally derived or observed information about the physical universe. Though the “advancement” of science and significant leaps made across the scientific disciplines over the last several centuries in and of themselves may seem substantial, in the context of the pursuit of unbiased truth, they have fallen short.

Those with a human-centered worldview often make science the sole basis and definer of truth rather than a tool to pursue truth. This approach is inadequate. At any given moment in history, the scientific thought or discovery at that time would be considered truth—but scientifically-acquired knowledge is ever-changing. What is considered scientific fact now may not have been a decade ago. For instance, in medical science, bloodletting was a common practice well into the 19th century.[2]Shigehisa, K. 1995. Interpreting the History of Bloodletting. The Journal of the History of Medicine and Allied Sciences. 50 (1): 11-46. Now, it would be considered absurd to withdraw blood from a patient to cure an illness. Those who practice science must always remain humble, especially about its limitations. Per the scientific method, all of science’s conclusions are largely opinions (some more substantiated than others) open to probable future amendment.

Christians have nothing to fear. The truths of Christianity hold up to scientific interrogation. “Science” as it can be wielded loses its bearings and, subsequently, becomes a threat to Christianity only when scientists overreach its limits and begin making metaphysical claims in the name of science about reality as a whole. In his essay “Theology and Science,” Carl F. H. Henry drives this point home:

The fact is that empirical science has no firm basis whatever on which to raise objections to Christianity, not because scientific and historical concerns are irrelevant to revelation and faith, but because scientists must allow for possible exceptions to every rule they affirm, and for the empirical vulnerability of the rules themselves.[3]Olson, R. E. 2013. The Journey of Modern Theology: From Reconstruction to Deconstruction. Downers Grove, IL: InterVarsity Press, 631.

Scientifically acquired information that is confirmed to be accurate will harmonize with the Bible. In Isaiah 40:26 and Romans 1:20, the Bible itself petitions man to learn from God’s handiwork and to observe God’s incredible characteristics as revealed in scientific pursuits. As science discovers more about our world and the universe we inhabit, more evidence of creation and design is revealed. As Christians, we welcome and support science that pursues truth, but reject assertions by scientists beyond the realm of what scientific methodology can support. That is the proper role and realm of science.