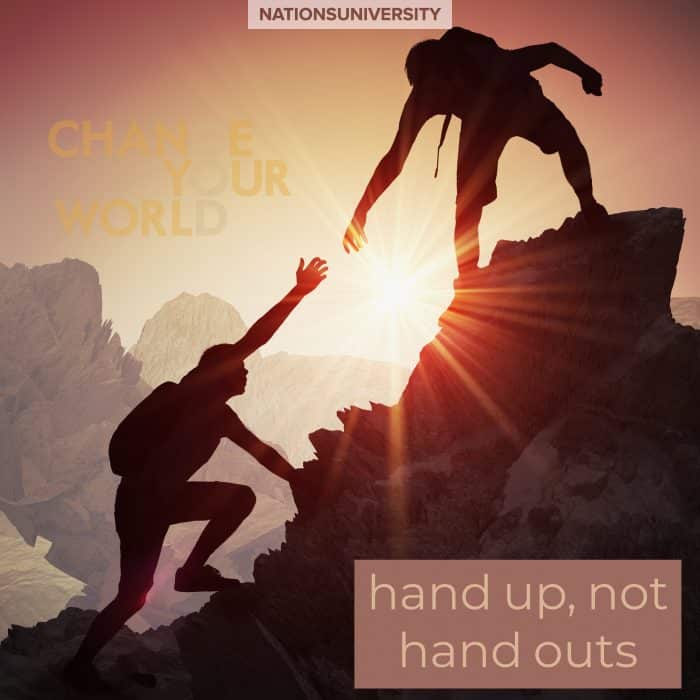 It is the mission of NationsUniversity to “build faith and training Christian leaders around the world.” This mission is in response to call to reach into people’s homes, those who cannot be accessed by regular means; people who have no access to traditional higher education or cannot be reached by the typical missionary.

The challenge was, how does one create a vehicle that transports religious information to people who live in difficult places? That is, their country limits or bars mission work, they have no opportunity for education, no funds, and no access to higher education. NationsUniversity has found innovative ways to overcome these obstacles. The need to reach out to these people is greater than ever.

In the 1990s church-planting movements began to come to the forefront of mission work. Frank Schattner in his book The Wheel Model: Catalyzing Sustainable Church Multiplication Movements discusses the last two hundred years of protestant missionary work and demonstrates the strategy evolved from that of European-dominant churches reaching coastal groups in the 18th century, to moving to the interior, and the rise of American churches focusing unreached people groups by the end of the 20th century.

Typical mission work has involved sending people from Europe or North America to various countries scattered around the world. Evangelism began with the coastal areas in the nineteenth century, and by the twentieth century, missionaries were moving inland. Today, the focus is on unreached people groups.

Africa has seen tremendous success since the days of its foremost missionary Dr. David Livingstone. His early efforts were not just about spreading the gospel but to also fight the slave trade and create avenues of commerce that did not rely on slavery. No one in 1850 could have imagined the change wrought in Africa by these early efforts.

Christianity has met with tremendous success. Islam once dominated the continent and now is only predominant in North Africa. The distribution of Christians one hundred years ago saw over 93% of Christians in the Americas and Europe and while barely 2% in were in all of Africa according to a Pew Research demographic study in 2010. Africa now comprises one in four Christians from around the world. 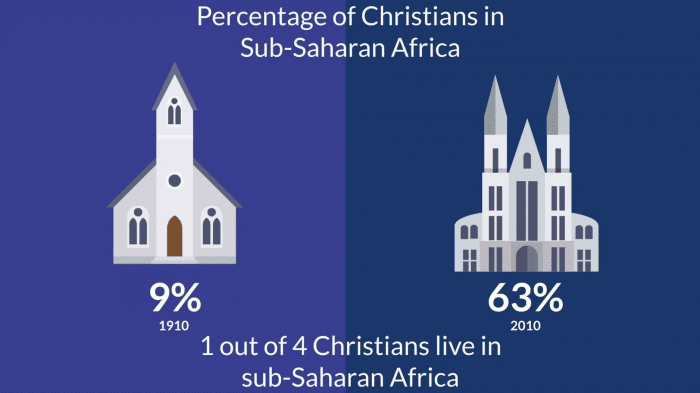 With such rapid growth in Africa, who is going to educate these Christians? The need for higher education in Africa is enormous. Some countries have good schools, but too many don’t. Where there are schools the education, like in the United States, can be expensive. This high cost is why NationsUniversity’s mission is so important to these leaders. Still, there are people who cannot access education in traditional ways.

NationsU is a vehicle that transports religious information who live in difficult places, reaching people who typically have no opportunities or no funds for higher education. For this reason, students who live outside the top twenty-five developed nations are exempted from paying tuition.* NationsU is not a handout, but a hand-up, devoted to training Christian leaders.

NationsUniversity remains on the cutting edge of technology, serving students with low costs and flexible schedules. The cell phone and access to the Internet are to education what the printing press was over five hundred years ago. Just imagine what things will look like in 2070 at this rate.

*In 2019, the NationsUniversity Board of Regents increased the tuition paying countries to thirty-five.