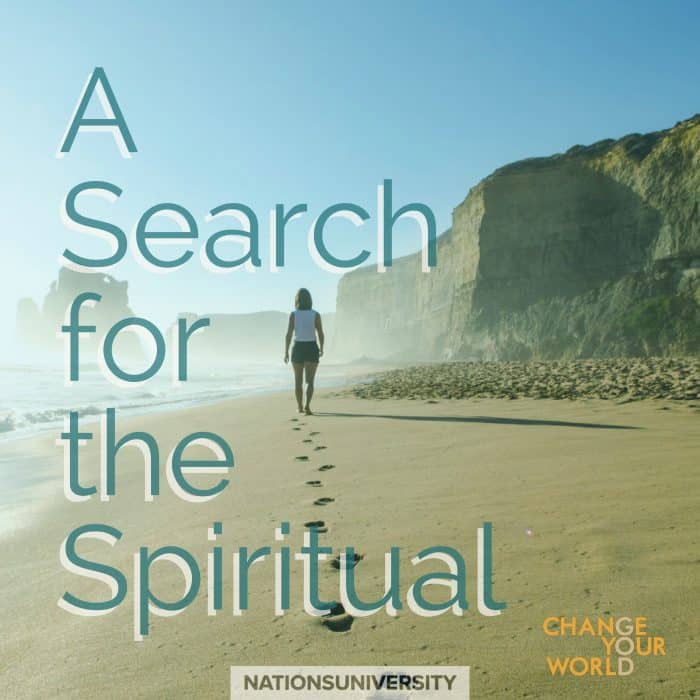 What is evangelistic success? An evangelist in western Nigeria recently sent me an intriguing question.

“Many a times we in the third world are faced with different challenges
during evangelism.  One of such is, ‘What can your Christ do for me?’
It seems the message of eternal life and the peace within no longer work.
Right after we start our message, the questions are being raised…If I don’t
preach earthly prosperity and earthly comfort, what is then the earthly
benefit of giving someone’s life to Christ?  Moreover, the Christian leaders
in Africa have also become the objects of ridicule among the unbelievers
and some believers alike.  Their excessive lifestyle and neglect for the poor
have also made the gospel difficult to be preached without opposition…”

First of all, this is not an issue that is unique to Western Nigeria.  It arises around the world, both in “third” world countries and in “first” world countries such as the United States.  In my region, it is referred to as preaching the “prosperity gospel.”  It seems that there are at least two problems here.  First, the people don’t have a respect for and belief in the authority of the Christian scriptures.  Secondly, they are not attracted to “preachers” who do not seem to live like Christians.  This suggests that we must begin again with the basics (which are in fact the most essential facets — a message that, properly delivered, will be irresistibly attractive).

I once lived in Norway, a country that has to a large extent moved away from traditional Christianity after it was established by Olaf II Haraldsson in the early eleventh century and became Lutheran after the Protestant Reformation.  Today the people are mostly secular.  While in Norway, I met two Christian ministers who have powerfully informed my life.  The first is Einar Engoy, a Norwegian who was trained by what was at the time viewed as a doctrine oriented “hellfire and brimstone” preaching school.  One Sunday Engoy came over the mountains to preach to our small expatriate congregation in Stavanger. I expected to hear a strong  “sinners in the hands of an angry God” style sermon.  Instead, he began by sharing what, after many years of study, he had come to believe as the underpinning, key Christian message.  He opened his Bible to I Corinthians 13 and spoke of love.

The second man is Richard Walker, an American missionary who had gone to Berlin immediately after WWII and humbly ministered there for over twenty years.  Now, many years later, his ministry in Norway centered around teaching the children and living out the life of love that Einar Engoy had spoken of.  One year on his wedding anniversary, and because he was very poor and could not afford a “real” present, Walker’s gift to his wife was to get down on his hands and knees and scrub her kitchen floor.  Many of us will never forget witnessing that act of kindness.  It spoke more “gospel” than any “real” gift ever could have.  I still tear up when I think of it.

So, let us get back to Nigeria.  My recommendation is that one must evangelize in some (perhaps all) situations by beginning with love.  The first question to a newly minted missionary or local preacher might be, “Do you LOVE the people you are preaching to?  How do you show that love?  Do they recognize it?”  Secondly, evangelism is at its core a long term work.  Begin with the children.  That means one must be committed to the community for at least a generation.  Richard Walker (who had studied at Harvard Divinity School and read the Bible completely through twice a year) would have the Norwegian children in his home each week.  He and his wife, Elaine, would feed them cookies and talk about Bible stories.  I still remember an eight-meter long paper scroll they drew that depicted all the major Bible stories.  They would stretch it across their living room and “walk” the children down the Bible’s timeline.  When I last checked, the Norwegians we knew who remain as faithful Christians are those who were impacted more by Richard and Elaine Walker’s love than by their doctrinal preaching.

I know a missionary family who has lived in Uganda for about twenty years.  After all that time, they have recently tossed their traditional style of meeting “under the tent” evangelism in favor of holding Sunday church services around a village campfire where the people share both the gospel and also practical stories from their lives.  This family has long been known in Fort Portal for their love of the people.  If someone is sick, in jail, or has suffered an accident, a knock will be heard on their door.  Can they help?  And that assistance is never withheld.  I sense that this was the underpinning key to their evangelistic success when traditional preaching seemed not to work.

Finally, most people do not know where true happiness is.  They search for it in all the wrong places, including the material world.  My sense is that true happiness comes from the spiritual side of reality.  Perhaps that is why NationsUniversity requires its students to complete the course, “A Search for the Spiritual” before any other theological/Bible courses are engaged.  It is indeed hard to communicate the message of spiritually oriented salvation if the hearer is focused on, “What can your teaching give me materially right now?”

It is said that there is a time and a place for everything.  Perhaps hard-core preaching has its place, but that time and place may often be after the preacher has first established a positive rapport and demonstrated his love for the people he is working with.  The gospel is not about earthly prosperity.  It IS about a God who is LOVE and an incarnate Savior who demonstrated that reality.

Read more reflections, I Can Do Anything!