Weekly Reflection – Forgive As We Forgive 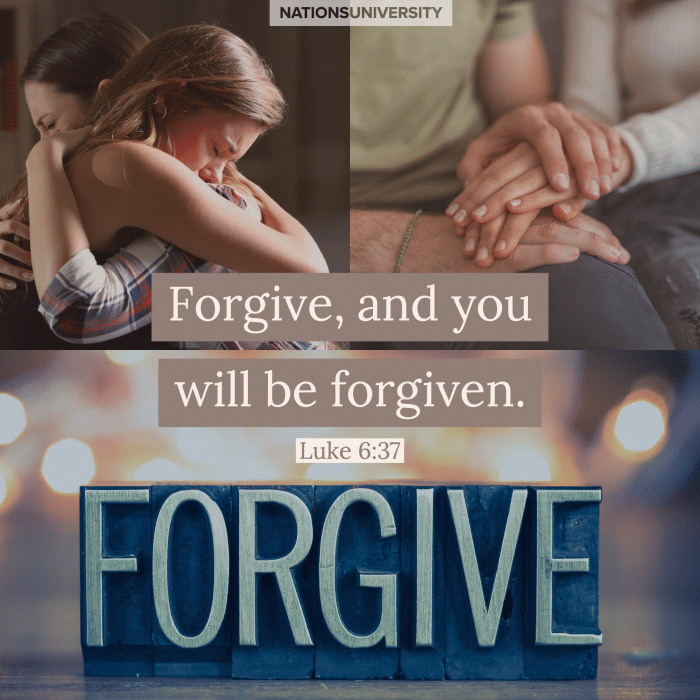 This Weekly Reflection, Forgive As We Forgive, is from a commentary on the Rule of Benedict. While the Rule was written for use within a 7th-century monastery, there is much truth in it that remains meaningful today. First, you will see an excerpt from the Rule, and then there are some comments on how it applies to us, especially as we participate in small groups of believers. Note particularly the second to the last paragraph.

How the Morning Office Is to Be Said on Weekdays

The Morning and Evening Offices should never be allowed to pass without the Superior saying the Lord’s Prayer…so that all may hear it, on account of the thorns of scandal which are apt to spring up. Thus those who hear it, being warned by the covenant which they make in that prayer when they say, “Forgive us as we forgive,”  may cleanse themselves of faults against that covenant…. (excerpted from the Rule of Benedict, Chapter 13)

The Lord’s Prayer is THE Christian covenant of peace. If Benedict insists it be said aloud twice a day, it is because he knows well the tempests — nay, HURRICANES — in teacups that can spring up in an enclosed home group, be it cloister or family. Things get magnified inappropriately precisely because those we live with are dear to us. If they weren’t, they would be much less able to hurt or annoy us!

There weren’t subways in St. Benedict’s time, but there was a world outside. Many of us take the subway ride daily with liars, thieves, adulterers, and worse; we just don’t know it. Even though the subway can offer a bit of a challenge to Christian peace, to forgiveness, if the situation is really frightening, one could get off early and catch the next train.

In family or community, sometimes even in the workplace, we may not be able to change trains. Not only that, but there are often no transit cops at all. Always remember that Christian life…is never tested when it is easy. It is through testing that we grow, that our practice improves.

On the subway or bus, or even in the artificially detached situation of world newscasts, it can be a LOT easier to forgive. It comes at little or no price at all. It’s pretty easy to forgive even horrible criminals if they have not harmed our home circle if they have not directly harmed us. Hate to say it, folks, but the easy stuff is not where it’s at for us. A 50-yard dash may be the beginnings of an Olympic gold medalist in the decathlon, but it is never the whole picture.

The key to…peace is forgiveness, which is why Benedict stresses that phrase and calls it a covenant. It truly IS a covenant of peace. We are daily asking God, twice out loud, but ideally many more times than that alone, to forgive us in the measure that we forgive.

Whoa! Risky business there! Any chain’s strength is decided by its weakest link, so think of the person you LEAST forgive. There you will have the model you are suggesting to God that He use in forgiving you. As Fr. Hugo used to say: “You love God as much as the one you love least.”

Fortunately for us, God’s Divine Mercy is unfathomably deep.  It is never too late, even at the last fleeting instant of life, or a soul to repent and seek mercy.

Read the Chaplain’s reflection on marriage, Christian Marriage, A Template