Need Prayer? Have a Chair! 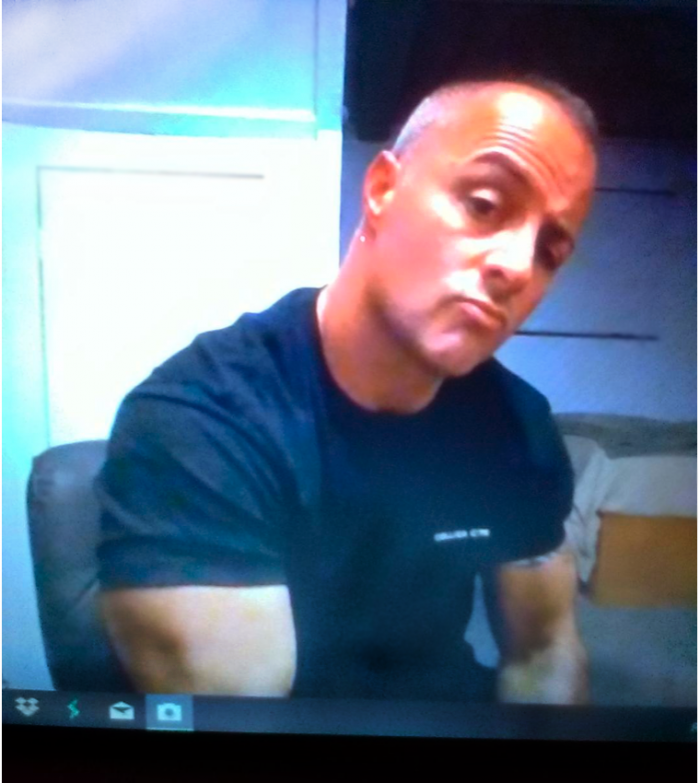 This is a story of an unrelenting God, a chair, and a prayer.

“If I had taken the plea deal, I would have served only four years in a Michigan prison. Instead, due to my ego and arrogance, I refused the deal and was convicted and sentenced to eight years.”

And while this is an idea he wants to develop in a few years, at that moment, he heard God say, “Set up a chair and a sign about prayer.”

Mark made a cardboard sign and, with the help of an artist friend, wrote: “Need prayer? Have a chair!” As soon as Mark sat down with the sign, men began to line up for prayer. Not long after, however, he was transferred to another prison when his was closed.

After the transfer, the Lord told Mark, “Take it outside” regarding his prayer chair. He was quite nervous about this because of the mixed population in the new prison, but he was obedient and set up the chair and sign once again.

A group of very intimidating men stood across the yard, and he held his breath as one individual read the sign and began to walk toward him. This man had numerous tattoos, but the most concerning were the devil horns on his forehead. Mark commented on the horns, and the guy immediately said, “Dumb tattoo. Don’t worry about it!” It turns out the young man was a preacher’s kid who had wandered far from God but had wanted to pray with someone for months! They prayed about this man’s estranged daughter and for restoration.

Mark’s mom was a single, drug and alcohol-addicted waitress. Mark was baptized at the age of 8 as a camp participant at Landmark Baptist Camp in Ohio. He made a commitment to Christ at that age, but his family’s circumstances and the pull of society moved him away from God. He was a latchkey kid with too much time on his hands.

Neither of his parents was a Christian until Mark’s incarceration experience. In fact, it wasn’t until 2013, almost three years into Mark’s eight-year sentence, that he admitted his guilt to himself and then to his mother.

He had been on a regularly scheduled phone call with his mom, during which Mark encouraged her to trust God and not worry so much about Mark. Immediately upon ending the call, he heard God’s voice: “Mark, you hypocrite! You tell your mother to trust me, but you don’t even do that!” He called her back and told her he needed to see her face to face to share something important.

Two weeks later, as agreed, Mark’s mom visited him in prison. Mark was shocked and surprised to see his aunt there as well. “Well, here it goes with them both,” he thought.

He admitted his involvement in the felony for which he was convicted. His mother was stunned and initially disheartened. She had believed Mark’s claim of innocence! After some time to process the news, she and Mark’s aunt were able to forgive him. Not long after that, both Mark’s parents became believers.

This admission of guilt set Mark free! He had been involved in another prison ministry for a few years, but in 2017 he enrolled in NationsUniversity as a prison student. He had heard and seen other inmates’ involvement and successes and knew the course of study would prepare him for service upon his release. He also began participating in counseling sessions within the prison.

Fast forward to September 4, 2019, when Mark was paroled. Upon visiting his parole officer, he couldn’t help but notice the sign in the hallway of the courthouse outside the office: “Need prayer?” Coincidence? I don’t think so.

The parole officer assigned Mark, among other conditions, to a counseling program. And wouldn’t you know it…the appointment would be with his same counselor from the prison. She had left that role and started a private practice. Mark would be her first appointment!

Mark merged back into his community. His reception was a mixed bag of forgiveness, reluctance, uncertainty, and caution. He began a job, through a good friend, as an insurance agent, a position that allows him to grow and thrive based on his efforts. His son and ex-wife are helping him transition well. 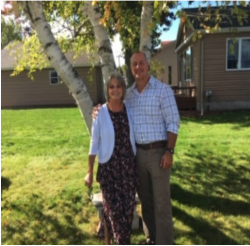 Mark Bennett and his Mom 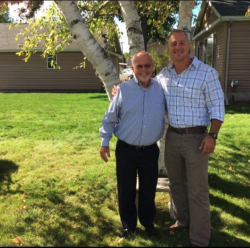 Mark Bennett and his Dad

Meanwhile, he attempted a return to his home church. Unfortunately, due to insurance restrictions in the church, the leaders were reluctant to receive him. Instead, another church welcomed him and invited him to speak and engage. His home church later shared with him that the experience had opened their eyes to a missed opportunity for a prison ministry, apologized to him, and asked for his input on starting the new ministry. He is involved in those meetings now.

God is giving Mark many opportunities to share his testimony with others. He has an enthusiastic and powerful story to tell of his unrelenting God and the power of obedience to things as small as a chair and a prayer.

Mark hopes to develop the “prayer shop” ministry that God put on his heart. Prayer shops will offer a safe place for solitary prayer or with a worker. Sandwiches and drinks will be offered to all.

P.S. Many months went by until Mark saw the devil-horn-tattoo man again. But when he did, the man expressed how he had been looking for Mark to thank him. He was being released and was already reconnected with his daughter. He was so thankful for Mark’s prayer with him.

What is God whispering to your heart today? Can you come alongside a student like Mark, who’s looking for hope through study and encouragement?

Would you provide a scholarship for a student today so anyone who applies can get started?

P.P.S. To learn more about Mark’s current course of study, the impact of NationsUniversity curriculum on his understanding, or to make a scholarship donation,