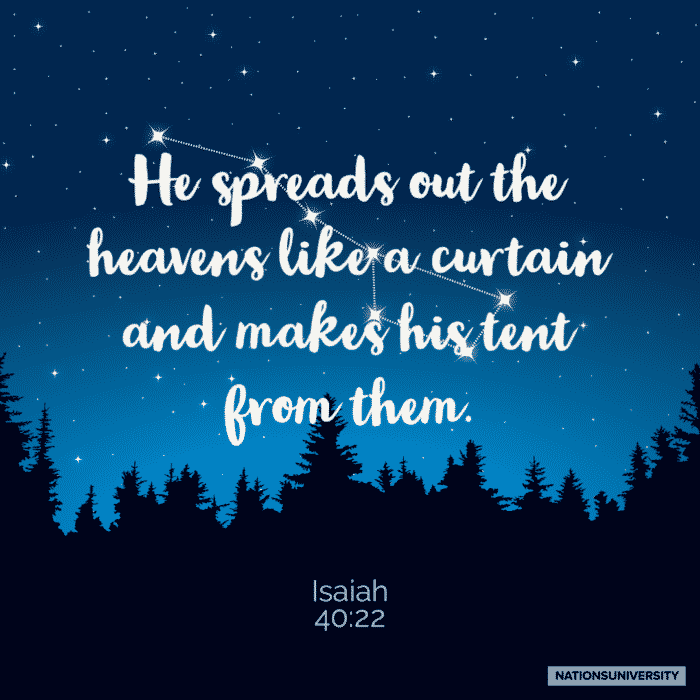 Star Light, Star Bright: My father once managed a small airport in Texas. I was only about seven years old at the time. Our humble house was on the airport property but surrounded by a cornfield. And it was very dark at night. I can remember looking up at the night sky and being awestruck by the thousands of glimmering dots in the heavens. The milky way was clearly visible, stretching from one end of the horizon to the other.

One day I learned that there was something called a “big dipper” up there. I had been “star gazing” for some time but had never seen a “big dipper.” Once someone pointed out the four stars making up the square dipper and a few others that comprised the ladle, I could suddenly “see” what had been there all along.

Isn’t that the way a lot of life is? We live in the same environment day after day but never “see” things that are right under our noses. It requires someone or some experience for us to begin to perceive what is there. It is all about perception, and the gospel is a little like that. I am reminded of Romans 10:15. “How can they believe in the one of whom they have not heard? And how can they hear without someone preaching to them?” Are there some parts of your spiritual life that you failed to see but all of a sudden “popped out” in your awareness?

I like this illustration from Carl McColman. It suggests that we cannot “place God in our hearts” because He is already there: always has been. We just haven’t perceived the divine presence!

One of my favorite songs is a Jewish folk tune that looks up to the stars and sings that they represent those who have gone before us. Now, by the twinkling of their light, they can guide us in the darkest night if we will but look up. What have we learned from the stories that have been handed down from generation to generation?

I can only imagine families sitting under the stars in the days of the Old Testament and recalling the adventures, victories, and failures of their ancestors. And today, we can reflect on the lives of so many who have sought to live their lives in the way Jesus lived. Yes, they are all stars that we can view and be guided by, stars that show us things that were there all along but which we simply never “saw.”

Star light, star bright,
First star I see tonight,
I wish I may, I wish I might,
Have this wish I wish tonight.
Children’s Nursery Rhyme.
What do you wish for tonight? Perhaps it is to “see” more of what Jesus came to show us, what has been there from the beginning (1 John 1:1). And once we see it, we will be unable to resist responding to it.
Peace and Blessings,

Note: The opinions expressed herein are those of the Chaplain alone and do not necessarily reflect the beliefs of any organization he may be associated with.