Weekly Reflection – The Lord Is My Data Processor 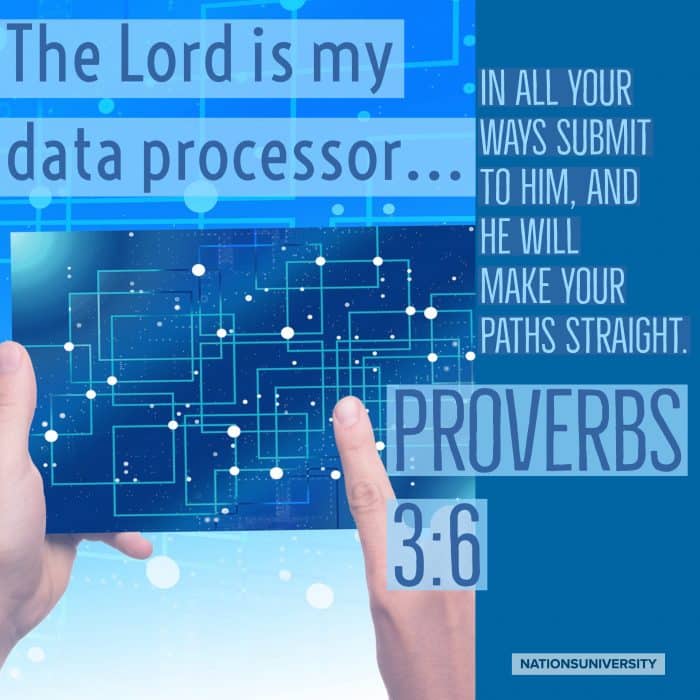 Early in our relationship, she shared a poem she had recently penned. The poem began, “The Lord is my data processor.” The poem was a take-off on the 23d Psalm, the Shepherd’s Psalm. The time was in the 1970s and computers were beginning to make their presence known. While the poem has been lost over time, the idea it spawned remains. As a lamb looks to its shepherd for guidance and protection, the believer looks to the Lord and processes life’s challenges through the eyes of Christ.

The longer one lives under the direction of the Good Shepherd; the greater is the available processing power. Today’s smartphones contain thousands of times more resilience and processing power than did the bulky computers that were used to send men to the moon in the 1970s. The same is true for a life lived under the guidance of the “Good Data Processor.”

I watched her live out that approach to life over the next 20 years or so. Her theme of “The Lord is my data processor” was always there, even when I took her to live in difficult places around the world (like Cairo, Egypt) and even when life presented other challenging issues. Later, when she was nearing the end of a hard-fought battle with cancer, she left a final word of advice for her teenage daughter. On the daughter’s bed, she placed an open Bible on a single passage was underlined. “Trust in the Lord with all your heart and lean not on your own understanding. In all your ways submit to him, and he will make your paths straight.” (Proverbs 3:5-6).

A few days later, before traveling to the hospital for major lung surgery (which resulted in her death), she took an old, brown, wilted, fallen leaf and glued it to a small scrap of art paper. Then she calligraphed under the leaf these words in blue, “Lord, be the Master of my heart.” I found that scrap of paper still resting on her art table after she had passed away.

Yes, the Lord was her data processor. I was privileged to witness it. She was my wife. Perhaps it would be profitable for each of us to follow similar guidelines. “The Lord is my data processor.” “Trust in the Lord with all your heart.” “Lord, be the Master of my heart.” What better guidance could one find?